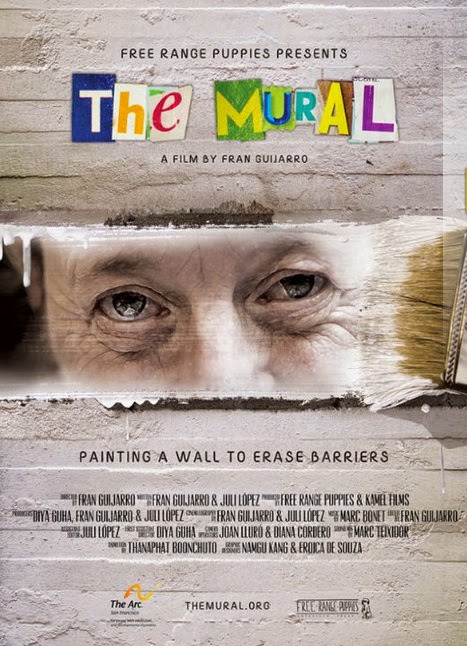 
The Mural is a 20-minute documentary film following the stories of several artists with developmental disabilities from non-profit thearcsf.org as they work together with a group of civic artists from freespace.io to paint a wall that aims to erase barriers.

The film explores the unlimited nature of Art and its capacity to express freedom, even for those individuals whose lives seem to be confined to the boundaries of their disabilities.

FRAN is a filmmaker and creative director based in San Francisco. He holds a MFA in Copywriting from the Academy of Art University and has also studied Screenwriting at Cuba Film School. Currently, he teaches as part of the BFA and MFA programs at the Academy of Art University and is co-founder of Free Range Puppies, a multicultural hybrid creative agency/production shop based in San Francisco. He’s also a member of the Honorary Board of Directors at the DSLR Filmmakers Guild. Fran’s work has been recipient of the prestigious Clio Award and the first CEO’s Echo Award for Social Action, considered the Oscar in the field of Direct Marketing. His last documentary titled ‘Mexican Cuisine’ has been screened at more than 50 festivals around the world, including Cannes SFC, the AFI Fest in LA and three other Oscar-qualifying festivals. It has also been awarded Best Documentary at the Festival Internacional de Cine Independiente (La Plata, Argentina) and Best Film at the International Migration Art Festival (Milan, Italy) among other recognitions. He’s about to finish his first feature-length film titled ‘Moses’, a project that has been featured in dozens of different media so far, including the front page of the San Francisco Chronicle: mosesthemovie.org
Posted by Rev. Dr. Megan Rohrer at 10:56 PM