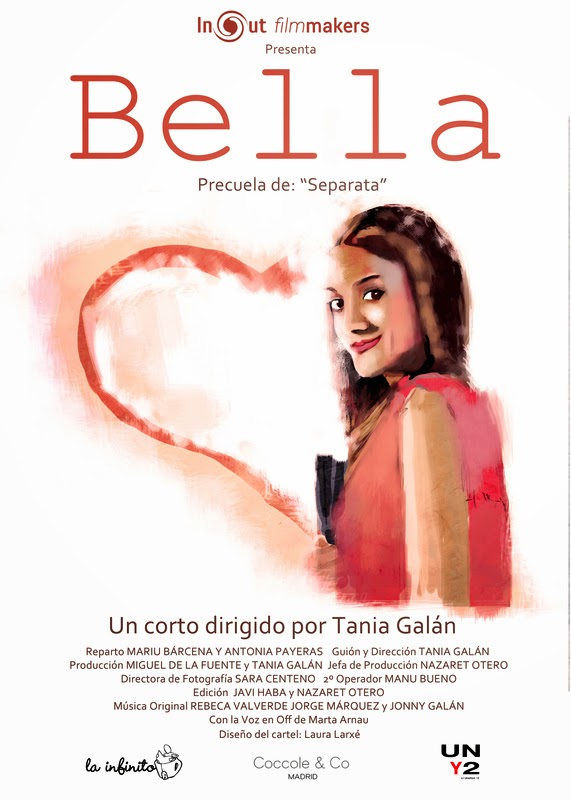 Love comes in every moment.

Tania Galán was born in San Sebastián (Guipuzcoa, Spain) in Nov 1979. Her family moves to the east of the country when she was 8. After finish her studies she travels to Madrid to make a degree on Media Production. Since 2002, she has been working on different production movies, starting her career with award-winning documentaries and short films. She launched a production company in the early 2000's and one media association in the late 2000's. In 2012 she released her most awarded job as line producer and distributor (Efímera, Diego Modino), which has achieved more than 50 international awards and 160 international screenings worldwide. In 2014, she launched the distribution company InOut Distribution Ltd, while producing several short films as 'Mr. Dentonn' (Iván Villamel, 2014), and her first feature film as associated producer 'Girl Gets Girl' (Sonia Sebastián, 2015). She is also a member of Women Filmmakers and Audiovisual Media Professionals (CIMA).
Posted by Rev. Dr. Megan Rohrer at 3:49 AM