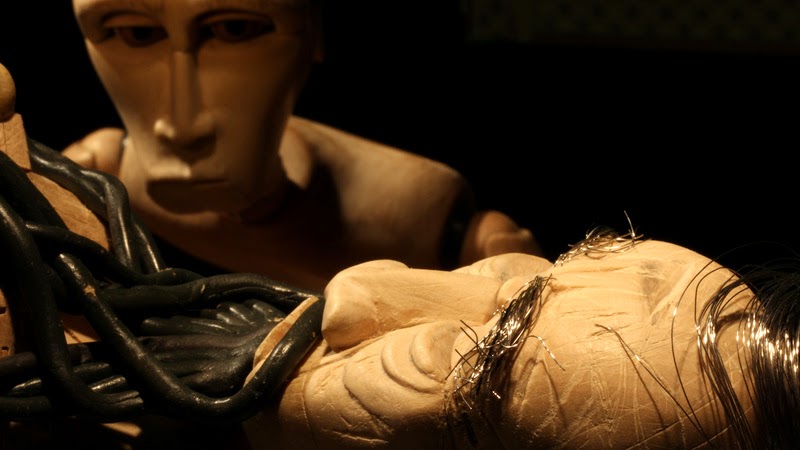 
In his kitchen, overgrown with plants and vines, Teagran keeps his dead father. Tormented by dreams, he tries several rituals to bring him back to life. From weaving a beard out of vines, to hunting down a wolf, Teagran tries everything he can to rid himself of the nightmares he is having and resurrect his dead father.

Lyle Pisio is a Calgary based artist, musician and animator. A founding member of the free-improvisational bands ‘Street of Crocodiles’ and ‘tokyosexwhale’, Lyle has been making films and animation since 2000. His films have been screened worldwide in over 100 festivals and have received several awards for animation, music, and artistic design. His films include: The Unholy(2004), Another lost Soul (2006), Visages(2008), The Empress(2009), and Wrecking Ball(2010).
Posted by Rev. Dr. Megan Rohrer at 6:28 PM