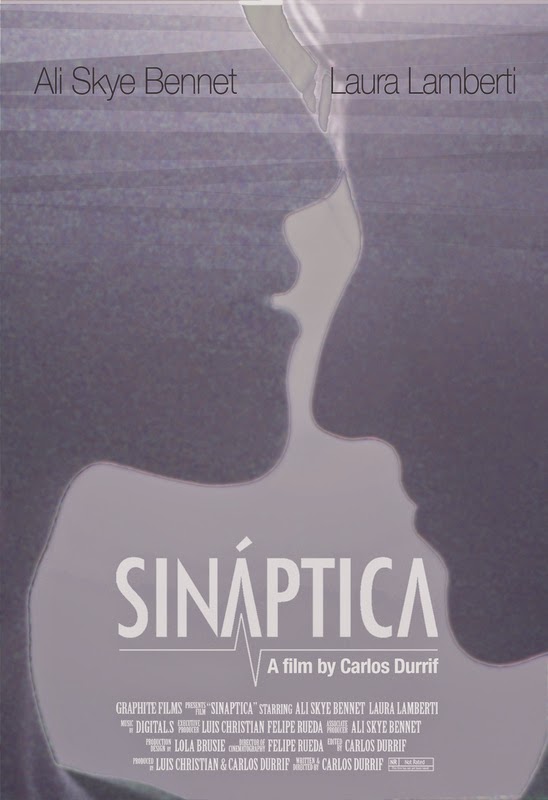 
After a mysterious synaptic connection beyond scientific explanation, two women, Clara and Gio establish a dreamlike relationship that leads them to share their deepest dreams and hidden desires during a coma. Two strangers who have never met in reality are finally given the opportunity that they, subconsciously, have always craved: to love another woman. A journey through their extraordinary dates, scattered throughout the dream world, will end in one final and significant encounter, where the two women will have to decide between waking up and going on with their individual lives or remain eternally in their dream state, together. Sinápica is a film that explores the boundaries between reality and dream. It is a love story that takes place in an unconventional space, the depths of the unconscious.

Carlos Durrif is been working in the film industry since 2009, combing his film career with studies in art and design school in The Complutense University of Madrid and a graduated scholarship program in Études de Cinema in the University of Saint Denis, Paris. During this time Carlos had the chance to approach different aspects of the filmmaking working in several projects as features, music videos, commercials and shorts and he finally decided to focus in producing and directing, for which purpose he moved to New York and enrolled a Masters degree in Film production at NYFA.
Posted by Rev. Dr. Megan Rohrer at 12:52 AM