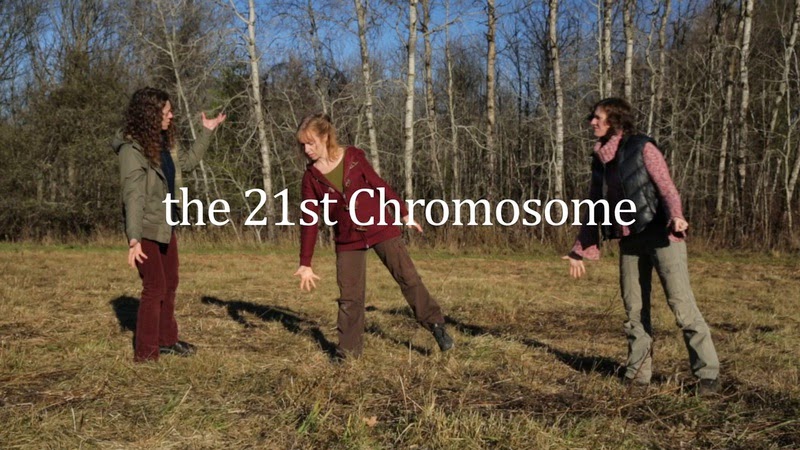 
How do you tell the story of someone who's in your family but doesn't have a voice to say whether or not they want that story told? If you're filmmaker, Kirsten Johnson who has a younger sister with Down Syndrome, Autism and Obsessive Compulsive Disorder, you don't follow her around with a camera, in fact, you don't film her at all. Instead, you painstakingly hand-draw over a thousand drawings, you personally recreate distressing incidents from the past, you bring characters to life in imaginative scenarios that illuminate what's it's like to have someone in your life whose personal reality you can only begin to fathom.

A truly unique method of storytelling that explores a challenging subject matter with humour, empathy and depth.

Kirsten Johnson comes to film via a strong background as a painter and performer. Her art work appears in private and public collections all over North America, Europe, Australia and Japan, including Montréal's prestigious Colart Collection which purchased 3 paintings from her Catfight series. Her work can be found in the collections of novelist Ann Marie-MacDonald, director Jeremy Podeswa, puppeteer Ronnie Burkett, comedy empresario Mark Breslin and many other of Canada's cultural elite. As an actor she has worked with such directors as Jeremy Podeswa, David Cronenberg and once was Ophelia in an 8 hour production of Hamlet staged by the infamous, Hillar Liitoja and his DNA Theatre. She is a founding member of the Harold Awards which have been celebrating Toronto’s alternative theatre scene for twenty years. She turned to filmmaking in a serious manner a couple of years ago as a way to fuse these different practices.

Originality is of huge importance to me as a filmmaker. Not for its own sake but because for me the process of film making is a process of discovery. It’s also heavily influenced by my multi-art career status. As both a painter and a theatre artist – I’ve acquired huge experience as a story teller. My film making benefits from these skills while still remaining relatively new and fresh. My films have a strong visual component and have an inventive, imaginative approach that seek to communicate outside of any existing template.
I seek to capture truth but believe the “Truth” can sometimes only be truly captured through metaphor. I want the audience to be engaged and I think the best way to accomplish this is to surprise and approach subjects in unexpected and various ways.
Overall, I want people to go on a joyous yet challening ride. I want people to be surprised that they’re having so much fun while thinking so deeply.
Posted by Rev. Dr. Megan Rohrer at 1:27 AM