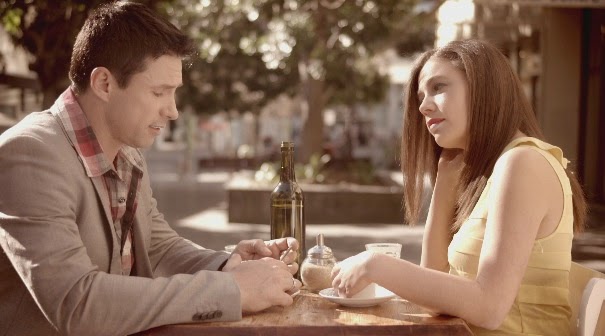 
A depressed man has dreams. Are they the path to knowing his unconscious and thus attaining happiness? Or are they just a figment of his imagination?

Daniel Aponte Prypchan (director) is a Venezuelan born Australian film director, producer and performer. Daniel is a directing graduate from Sydney Film School, the recipient of the NSW Government Multi-Platform Screen Producer Scholarship, and founder of Human Productions. Since 2009 Daniel has produced 10 award-winning short films with Human Productions including Terror on the Northside, The Palace, Connected, Distant Thunder, Brittany, Garbo, Ave Maria, The Future, and Date With Fate. A passionate performer of theatre, opera and cabaret, Daniel makes his film directing debut with 'Analysis.'
Posted by Rev. Dr. Megan Rohrer at 10:12 PM