A Brief Photographic History of San Francisco (ELCA) Lutheran Churches: From the Archives

Grace believes that the sacred stories in the Bible help shape our lives and faith, but God's work did not end on the last page of this text.  Our lives and stories are a continuation of these sacred stories.  Here are some of the photos and stories of those who have been a part of the community of saints of the Lutheran congregations in San Francisco.  This exhibit was created by Pastor Megan Rohrer in June of 2015.

We're in the process of making our history digital.  Know any of these individuals?  Help us identify the photos by emailing: pastor@gracesf.com 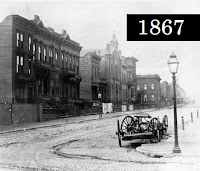 Founded in 1860, the congregations first building was located on Geary street, facing Union Square. The congregation dedicated a new building on Ofarrell street on March 10, 1895.  St. Mark's was damaged and needed significant repairs after both the 1906 and 1989 earthquakes.
Learn more about the history of St. Mark's Lutheran. 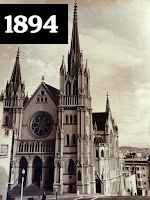 In October, 1886, an assistant pastor of St. Paulus labored in the Mission district and organized the Lutheran St. John's Church.  The congregation was located on 22nd street near Howard.  Later the congregation moved to the mission and became Santa Maria y Martha, a Spanish speaking congregation.
North Beach Fellowship 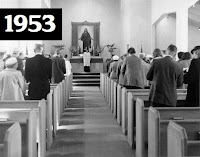 First United's dedicated a congregation on Geary between Octavia and Gough in 1890. They moved to a second congregation in the Richmond District in 1946.  Then in 2007, they sold their building and began worshiping at the First Unitarian Church.  At this time, First United began integrating interfaith aspects into their worship services.  In 2012, they moved into their current home at St. Cyprian's Episcopal Church.  Learn more about the history of First United 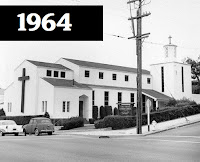 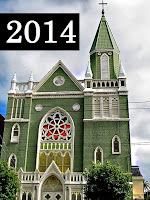 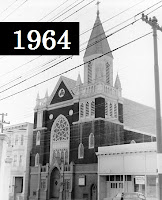 Founded in by an assistant pastor at St. Mark's who saw the need for additional German speaking congregations in San Francisco, St. Matthaus held their dedication service on February 10, 1895 in a rented church building on Eleventh Street between Howard and Mission Streets.Their current home is located across from historic Mission Dolores and was dedicated on March 29, 1908.  Learn more about the history of St. Matthews.

Built by Danish immigrants, the cornerstone of St. Ansgar was laid on September 17, 1905.  During the great 1906 earthquake the parsonage served as a feeding station and hospital.   In 1964, St. Ansgar merged with First Finnish Lutheran (founded in 1899) which was located on 50 Belcher street.  The merged congregation could not agree on new name for their congregation so the settled on the name St. Francis, because they were located in San Francisco. 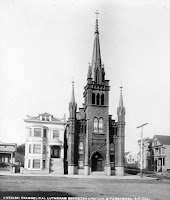 Swedish Evangelical Ebenezer Lutheran at Delores and 15th, dedicated its church and rectory (the building on the left) in 1904.  The sanctuary burned down in 1993.  In the 60's Ebenezer housed a Sunday School for youth throughout San Francisco.  Ebenezer redeveloped and is now called herchurch.  The congregation celebrates the sacred feminine and is recognized around the world as a leader in feminist Lutheranism. 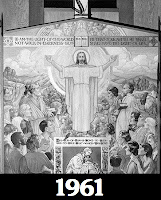 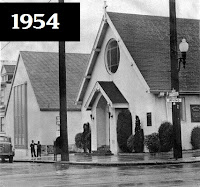 A missionary project of St. Paulus, Christ  Lutheran was built at the corner of 5th and Irving in 1913.  The congregation is currently located at 19th and Quintara. 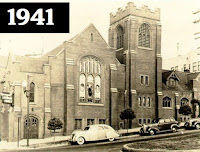 Our Savior's Lutheran was located at 13th and Howard.  Between 1916 and 1917, Our Savior's and Bethlehem Lutheran churches merged and became Norwegian Lutheran.  Norwegian Lutheran moved from the South of Market District to the Mission and purchased a sanctuary across from Delores Park in 1930.  His Royal Highness, Prince Olaf of Norway and Crown Princess Martha attended services on April19, 1942 in the midst of World War II. In 1959 the congregation rededicated itself as Ascension Lutheran and later it became Golden Gate Lutheran.  The building was seized by the city and county of San Francisco, after the congregation ignored orders to seismically retrofit the building.  The building was then sold, with some of the funds being distributed to congregations in San Francisco and the remaining funds given to the Sierra Pacific Synod.

Beginning in the home of Dr. Olive Erickson in 1940, Grace Lutheran initially served as a Sunday School annex for the members of Ascension Lutheran.  As the group grew into a church.  Grace continues to keep children and music at the center of its mission.
Learn more about the first 50 years of Grace. 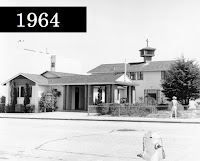 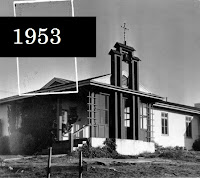 The Lutheran Church of Our Savior's is currently and African American congregation.