9.  A Congregation Representative has a duty to disclose all breaches of this policy. There will be no retaliation for good faith complaints, reports, or participation in an investigation.

10. Violation of the policy may result in termination from the Congregation position, as appropriate.

[1] From the model provided by the ELCA Churchwide’s legal department.
[2] Occasional de minimis gifts of less than $75.00 value, such as flowers or foodstuffs, are exempt from this rule. Gifts that primarily benefit the Congregation and not an individual, such as gifts of hospitality that may be given to the Congregation by businesses in relation to official Congregation business, are exempt from this rule. Persons also may participate in reasonable, normal relationship-building activities, such as meals or entertainment events. 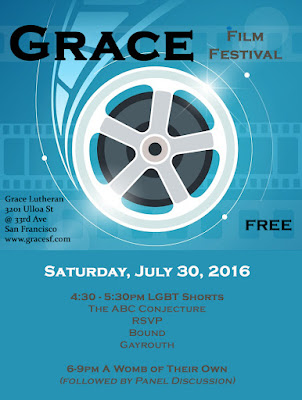 All are welcome to join us for this free event.

The ABC Conjecture: The dissolution of the relationship between two middle aged women, a poet and a theoretical mathematician.

RSVP: A Gay Widower attempts to fulfill his husband's final request:
To spread his ashes on his hometown beach, in the company of the family that disowned him.
Bound: Some people are drawn into our lives to teach us our true capacity. When is the right time to let them go?

GAYROUTH: To be gay in Beirut, one of the most openminded capitals in the Middle East, which is sinking in the era of repressions, is not as easy as it looks. This documentary tells an exceptional and an uncommon story of two lives.

UPDATE: A Womb of Their Own will be rescheduled at the request of the filmmaker.  Apologies for the inconvenience.

Vacation Bible School - 1974: From the Archives

Christmas 1942: From the Archive

Fall Fairs - Oct 17, 1964 and additional unknown dates: From the Archive